How Communities of Color are Affected by Climate Change

Communities of color are disproportionately impacted by climate change. Discriminatory policies, infrastructure, and wealth disparity all play a role in their vulnerability to extreme heat, natural disasters, and more. Here’s how.

In the 1930s, “redlining” was used to concentrate communities of color into less desirable neighborhoods. It was outlawed in the 1960s, but its effects are still felt today.

For example, communities of color are more likely to live in areas that are vulnerable to flooding with rising tides and extreme heat due to the lack of trees and greenspace. Their neighborhoods are also more likely to be very close to landfills, toxic waste sites, and factories that pump out toxic air, which greatly impacts their health.

Factories, landfills, and toxic waste sites all have an impact on air quality, which can impact community health. Here are how some communities are being affected:

Because of rising temperatures, communities of color in urban areas with little green space are under risk of the “heat island” effect. Heat Islands are pockets of heat in cities that lack trees and green space that cool the air.

These extreme temperatures can lead to serious heat-related illnesses such as heatstroke and even death. Here are some risks that are affecting communities of color:

Hurricanes, heavy storms, and floods are becoming even more dangerous due to climate change. And because of redlining, a lot of vulnerable areas in storm zones are low-income communities of color.

These are ways that these communities are being affected:

What you need to know this Wildfire Season

As temperatures continue to rise and the seasons get drier, the U.S approaches wildfire season....

Sustainable Back to School Fashion

For many students the best part of back-to-school is the new clothes. Here are some places where... 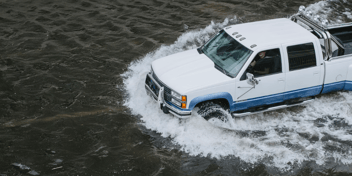 How to Help Those Impacted by Hurricane Ian

Hurricane Ian has impacted millions of people, namely in Florida and Cuba. Here are organizations...