How to Find Green Candidates

Green candidates, not to be confused with the political party, are political candidates that have a firm commitment to combatting climate change. Determining who is or isn’t a green candidate can be challenging, but we are here to help. Here are some ways to find out if a candidate is actually green.

This only applies to candidates who are either incumbents or have held political office before. You can look at an incumbent’s political record on websites like Ballotpedia, which compile a list of notable policies they voted for or against. You can also find where they align ideologically and how that influences their voting record with regards to climate legislation. If an incumbent has voted for policies that enrich the fossil fuel industry or opposed legislation that invested in climate action, it is safe to say the candidate is not committed to fighting climate change and is instead willing to support the industries that accelerate it.

A candidate’s history, be it financial or occupational, is also important to consider when evaluating their commitment to climate. If a candidate previously worked as a lobbyist for a fossil fuel firm or was a corporate lawyer that defended fossil fuel companies, there is reason to be skeptical about how that candidate will handle the climate crisis. Conflicts of interest is a common concern in the political landscape, especially when climate action is at stake. Financial donations can be tracked using websites like OpenSecrets.org, which show who is donating to political campaigns. If a candidate receives thousands of dollars from people who work in the fossil fuel industry, they are unlikely to commit to fighting climate change.

For non-incumbents and incumbent candidates, it is wise to take a glimpse at their campaign proposals and policy goals to identify their core priorities. If a candidate’s website does not mention climate change or any meaningful climate policy, it’s likely that the candidate has little interest in doing anything about the issue. If a candidate has a robust section dedicated to climate change, they will hopefully follow through on their promises and work hard to fight for substantial climate policy. All candidates should have an official website, so it is recommended that you take a few minutes to glean over what they plan to do when they are elected into office.

With the signing of the Inflation Reduction Act (IRA), new federal financial policies will help... 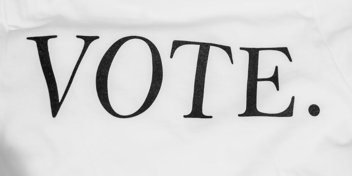 With over one billion bicycles in the world today, it's obvious bikes are becoming an increasingly...