The 2022 midterm election is right around the corner. Here are the best ways to get information on candidates running in your local area!

Ballotpedia: Who’s on the Ballot?

Ballotpedia is an ideal first choice for people who want to find out who’s running in their local elections. Voter engagement in local elections is considerably lower than national elections, so primaries, special elections, and non-midterm elections are often overlooked by most registered voters. Those interested in becoming more informed should refer to Ballotpedia to get the information they need to understand what’s going to be on the ballot this November. Simply type in your address and Ballotpedia will produce a sample ballot for the candidates running in your area. If an incumbent is running, you will also be able to access their voting record. You can also see which congressional committee they are a part of and which legislation they co-sponsored and supported in the past. Ballotpedia provides all the necessary information voters should know before they decide who to vote for.

Voting Records: What Policies Did They Support?

For elections wherein incumbents are running for another term, their voting record is a good resource to reference. In addition to Ballotpedia, GovTrack is another great website that breaks a congressmember’s voting down by ideological affiliation. Unlike the official Congressional records, you can access online, GovTrack is more accessible to a layperson who would rather see where candidates align ideologically rather than skim through individual pieces of legislation.

OpenSecrets.org: Who Donates to Them?

Both major political parties gather millions of dollars from donations per year. Money is a key driver in American politics. Understanding who donates to candidates is important as it shines a light on who they align with. If large sums of money come from fossil fuel companies, one would be suspicious about that candidate’s commitment to fight climate change. OpenSecrets provides an enormous amount of information on each candidates monetary backing. Of course, the sources of donations do not always implicate candidates as many donors could simply be employees of massive corporations, rather than executives themselves. It is still very important to have financial transparency in mind when going to the voting booth.

Why You Should Try a No Spend Month

What is a no spend month? Well, instead of budgeting for items that are non-essential, a no spend... 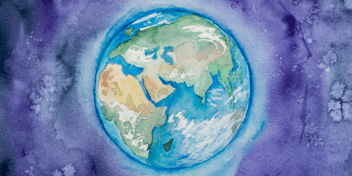 Today is Earth Overshoot Day - what does that mean, and why should we care?

July 28, 2022, marks Earth Overshoot Day - the date when our collective demand for natural... 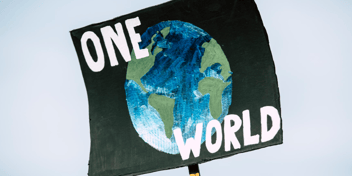 COP27 is in Sharm El-Sheikh, Egypt this year. From November 6 to November 18, the climate-centered...