As part of their coverage on the COP26 Climate Change Summit, the BBC worked with Future to highlight the impact of individual actions on reducing carbon emissions. Future assessed the carbon emission reduction of several BBC viewers, who decided to make changes in their everyday lives to reduce their carbon footprint.

"There's always an element of surprise when we share just how big of an impact our daily choices have on the climate," said Jean-Louis Warnholz, Future's CEO and co-founder. "It's often an even bigger surprise just how much money folks can save along the way to a greener lifestyle."

The BBC series followed viewers who made the switch from using natural gas for heating to a modern heat pump, ditched their gasoline car for an electric vehicle, or exclusively relied on their bike and public transport to get around town. Future also looked at the impact of viewers who insulated their homes to save on heating bills, installed solar on their roofs, or cut meat from their diets. The impact was significant across the board, with one couple saving over 4 tons of carbon emissions a year. To capture a similar amount of carbon, they'd have to plant and care for a forest of 750 trees.

Those who participated in the BBC series not only reduced tons of carbon emissions, but also saved a lot of money by moving to greener, more efficient ways to heat and power their homes and move around.

To understand your impact on climate change and learn more about the actions that can significantly reduce your carbon footprint, Future offers a free FutureScore. FutureScore highlights personalized choices to transition to climate smart living and syncs seamlessly with the recently launched Visa FutureCard. 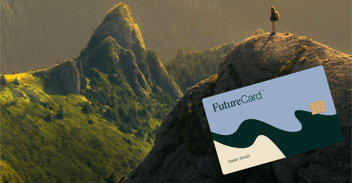 Future is one of 12 companies the Boston Techstars Accelerator announced today for its winter... 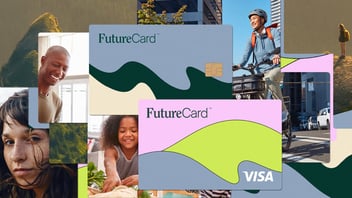 The best thing we can do for the environment is to buy less. The next best thing, according to...